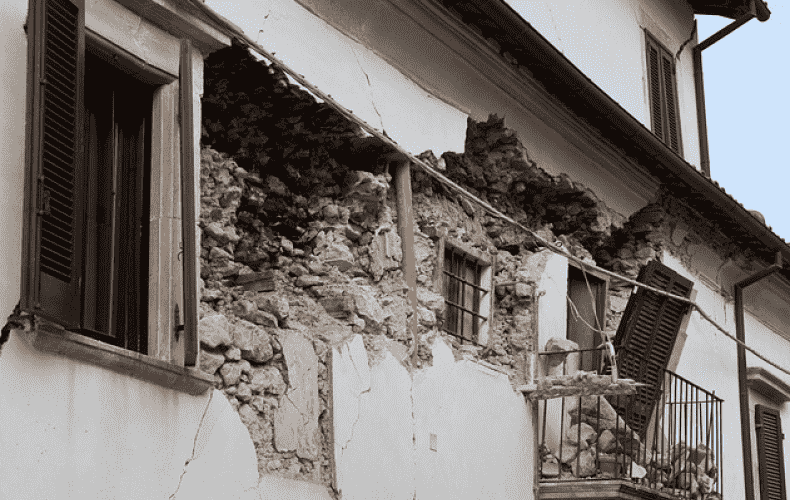 Taiwan was again shaken by a severe earthquake on Sunday. The earth tremors hit the sparsely populated southeastern part of the island, according to Taiwan's Meteorological Office. The quake had a magnitude of 6.8, it said. The U.S. Earthquake Observatory measured earth tremors of magnitude 7.2, prompting the U.S. Tsunami Warning Center to issue a tsunami warning in Taiwan.

The earthquake occurred around 2:44 p.m. (local time, 08:44 a.m. CEST). According to USGS, the epicenter was 42 kilometers north of Taitung in southeastern Taiwan and at a depth of about ten kilometers. Numerous houses and bridges collapsed or were severely damaged. A landslide blocked a road.

A worker was killed at a cement plant when he was hit by a falling dust filter, the crisis center in Taipei said Sunday.

According to media reports, an initially unknown number of people were trapped inside a collapsed three-story supermarket in the eastern county of Hualien. Some had responded to calls from rescuers, he said. Four were recovered injured and taken to hospital. Rail traffic was temporarily suspended. A train derailed in Taitung after a platform collapsed. Elevators in tall buildings stopped.

A journalist told the AFP news agency that tremors were also felt in the Taiwanese capital of Taipei. The state earthquake monitoring center China Earthquake Networks Center reported clearly noticeable tremors in the coastal areas from Guangdong to Shanghai.

A severe earthquake had already occurred off the east coast of Taiwan on Saturday. Around 50 kilometers north of the city of Taitung, earth tremors of magnitude 6.6 were measured, according to the U.S. earthquake monitoring station USGS on Saturday. Here, too, there were initially no reports from local media about damage or casualties. The U.S. earthquake observatory also assumed a rather low probability of casualties, but damage was possible.

The earthquake occurred around 9:30 p.m. Saturday night (local time; 3:30 p.m. CEST). According to USGS, the epicenter was at a depth of around ten kilometers. The Taiwan Meteorological Department estimated the depth at 7.3 kilometers and a lower magnitude of 6.4. Taiwan is regularly shaken by earthquakes. The island state lies at the meeting of two tectonic plates.